New customers save 10% on all regularly priced items in your cart with promo code "NEWCUST10" Shop Now * Limited time. 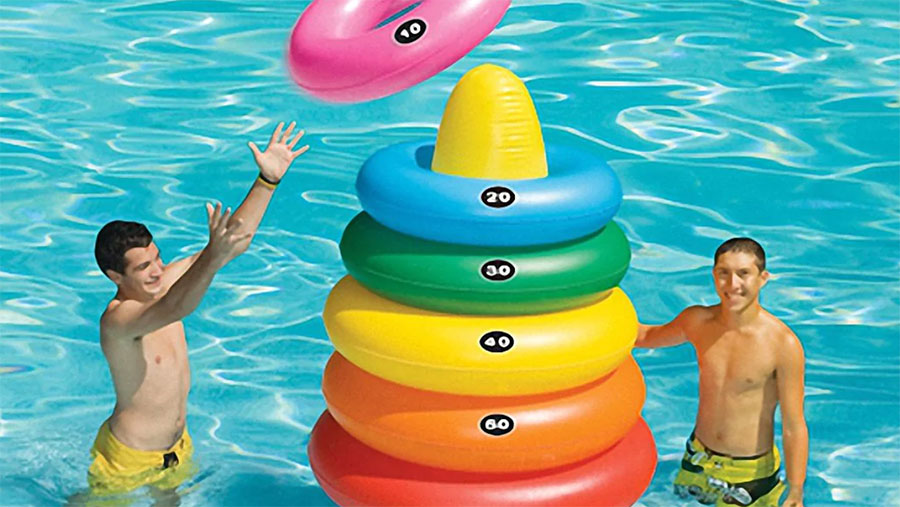 Pool parties are a great excuse to get a bunch of friends together and enjoy some time in the water. While you’re swimming and socializing, why not break out a few games to shake things up a bit? There are a ton of party games that are just as much fun in the water as they are on land. Try a few of the ones listed below at your next event.

Ring toss is a simple game you’ve probably already played at parties in someone’s backyard. Giant ring toss adapts this game to allow it to be played in the water. Each player gets a turn to toss giant inflatable rings at a floating goal stick. The more rings you get on the stick during your turn, the more points you score.

You’ll need a relatively large pool to play this game properly, so make sure you have the space for it before getting everything set up. One nice thing about it is that you don’t necessarily have to be in the pool to play, so even people who aren’t up for swimming can still participate in the game.

Everyone knows how basketball works, and with a poolside hoop, you can play this classic sport without ever leaving the water.

Pool parties usually have enough people for two fairly large teams, so this game is a great fit for those occasions. You can have your guests compete for a prize or just let the group toss the ball around and decide for themselves how competitive they want to be. Either way, they’re sure to have a great time.

Everyone loves a good treasure hunt. For this game, you’ll need a set of sinking tokens that your guests can retrieve. There are treasure-themed sets if you really want to stick to the pirate aesthetic, but fish-shaped or generic tokens work fine too.

Assign each of the tokens a value, then ask your guests to cluster in the center of the pool. Then, close your eyes and toss the tokens in. Now it’s up to your guests to gather up as much loot as they can and redeem it for prizes later on.

Make your guests feel like esteemed noblemen by hosting a pool jousting competition. For this game, two players each mount a floatie and grab a pool noodle to serve as a weapon. They then take turns trying to knock each other off their floatie.

This game is a lot of fun, especially if it’s part of a party with medieval theme. If you’re playing with children, make sure there are clear rules about what they can and cannot do with their noodles. We suggest banning strikes to the head with either noodles or water for safety reasons.

Here’s another pool-based take on an old classic: in this case, musical chairs. All you need for this game is some pool floaties and some music.

The game works just like musical chairs does, except when the music stops, you need to get on a floatie instead of sitting in a chair. The extra dexterity needed to do this adds a new layer of challenge to a perennial party favourite. Just make sure that your players understand the importance of safety and why it’s important not to get into serious tussles over floaties. The aquatic element of the game can make these scuffles much more dangerous than they would be on land.

No matter which games you choose for your next pool party, it’s sure to be a blast. Pick up some supplies for a few different game options and try them all out. With the right pool toys on hand, the possibilities are limitless. 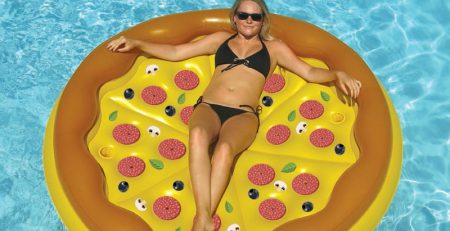 Know what’s better than lounging around a pool on a hot summer’s day? Splashing about with awesome pool toys! To... read more 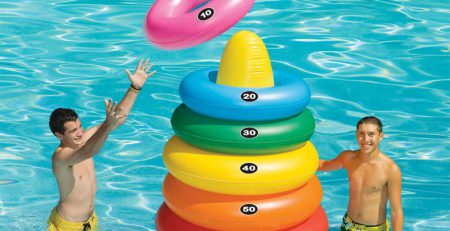 Virtually every kid loves to swim, and adding pool toys into the mix makes the experience even better. After a... read more 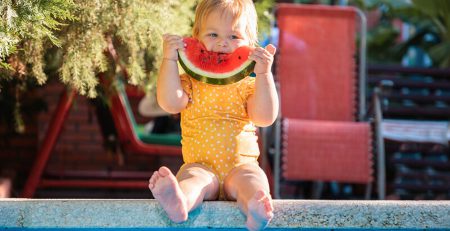 What Are the Best Poolside Foods for A Summer Party?

Now that summer is in full swing, many pool owners are getting ready to host backyard parties. If you're one... read more 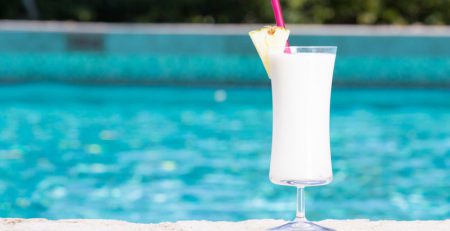 There’s nothing like spending a hot summer day by the pool with a cool, refreshing drink in your hand. There’s... read more

Should a Pool Heater Be Covered in the Winter?

What Are the Best Poolside Foods for A Summer Party?

How Often Should I Turn On My Pool Heater?